To begin, a little history

The concept of Industry 4.0 is something that over time has resulted in different interpretations especially in commercial usage. The origin of the Industry 4.0 concept is the introduction of a strategic initiative of the German government to help factories to be digitized. This initiative was presented for the first time at the Hannover Fair in 2011. The idea was to form a group of academics and industrial leaders to generate lines of action for the digital transformation of industries.

The suffix "4.0" refers to the fact that we conceptually identify this digitization process as the fourth industrial revolution.

Now, what is the IoT? IoT stands for Internet of Things also called by the same name in Spanish. The internet was conceived as a means of connecting people through the agile transmission of data. As more services are introduced such as file sharing, music and video consumption, and video calls, such processes have had to increase the communication protocols from 2G to 3G and then to 4G.

In summary, Industry 4.0 is the concept that describes the dawn of a new industrial era and the IoT is the facilitator of this era. 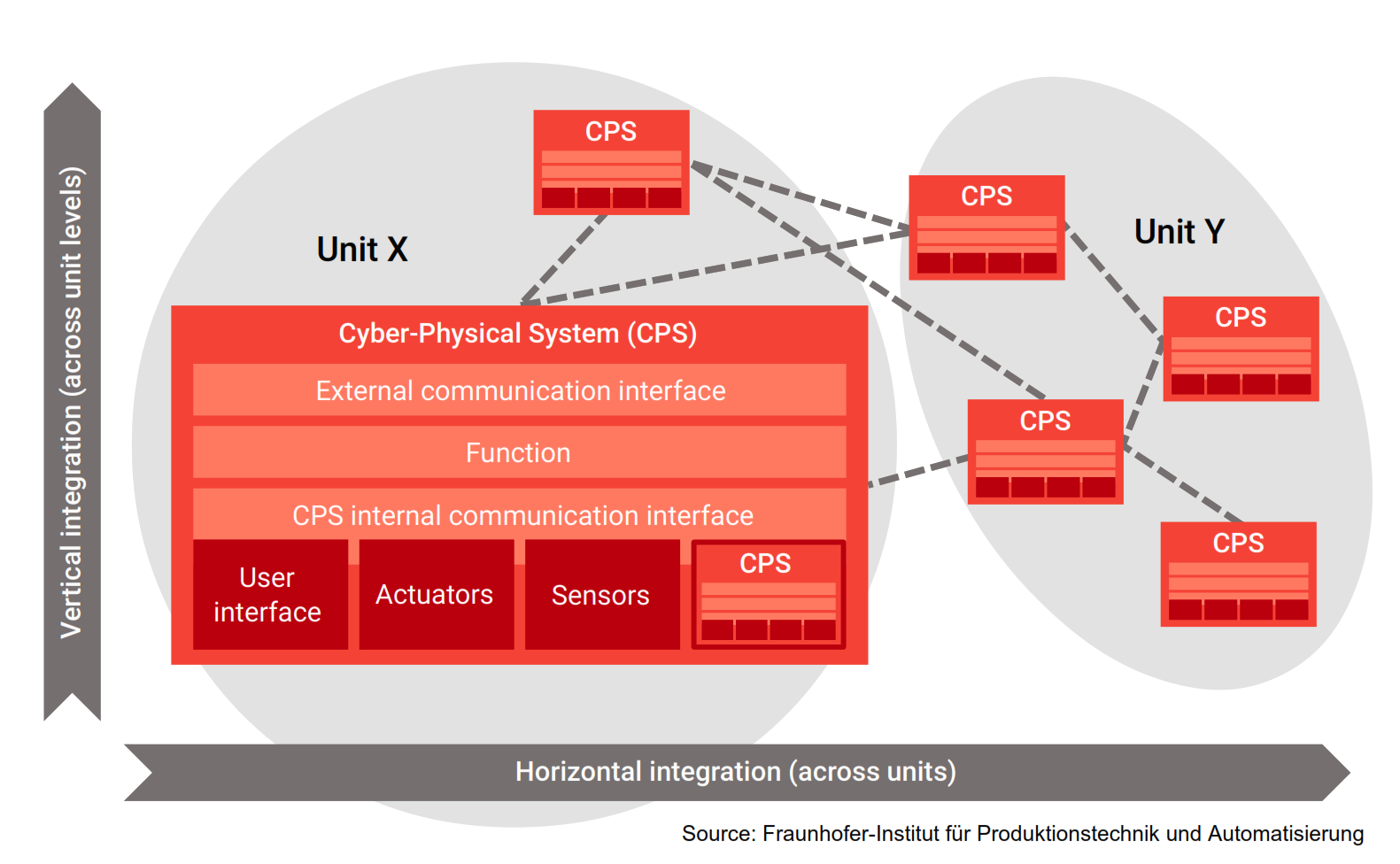 What technologies are breaking into asset management?

From a general perspective, the technologies that break into asset management are all those that allow digitizing the operations or conditions for managing that information.

Thus, we can regard sensors as the first line of disruption. While sensors have been around for decades, hardware prices are now falling. In fact, for the equipment and sensor manufacturers, the big point of disruption is that the value of their business is moving from hardware to data. This touches the core business of several companies.

But not only are the prices of sensors falling. We also see developments such as the incorporation of MEMS type sensors used to monitor the mechanical vibrations of rotating machinery and operate on low energy, which perfectly accommodate the switch to wireless applications.

Today there are already companies that allow online digitizing of the condition of oil through particle recognition for both offline database analysis and charting. Such sensors were simply inconceivable a few years ago.

Another example of new technologies applied to the monitoring of assets is the incorporation of drones in the visual inspection of high power lines with their respective image processing leading to automated routines. This same technology is also used for monitoring civil works and wind turbines.

The Blockchain, another technology used for financial transactions, will have a huge impact on the management of spare parts to provide traceability to the supply chain. This means we can know where each piece was made and where it has gone, even what margin has been charged for each transaction. Transparency in the supply will now be in the hands of suppliers who often base their value on information asymmetry, that is, on not revealing the origin and links of the supply chain of what they are selling.

Again, cloud computing now allows assets to be managed centrally. In monitoring conditions in the past, information concerning assets was managed separately depending on the technology used and who handled the analysis (own staff or service companies). Reports of asset inspections were delivered in different formats, with different criteria and with little quality control. The bottom line is that asset managers simply want to know the condition of the assets are and what needs to be done. Thus, the company that I represent (Power-MI) allows management to centralize all inspection technologies by standardizing not only the format but also the analysis criteria using a catalog of failures. Thus, control panels can be generated for asset managers.

This augmented reality allows both remote support and the protocolization of visual inspections of assets, improvement of documentation and substantial improvement in the training of technicians and asset operators. Additive manufacturing and 3D simulation are two other technologies that will have a direct impact on the supply of asset components.

Last, but not least in asset management, is the incorporation of Machine Learning in.  Machine Learning is the technology that takes all of an asset’s available data and, upon analysis, converts it into key information for decision-making. Players in the race to compete in this new market are Microsoft Azure, IBM Watson and Predix, among others. Machine Learning is the technology par excellence to pave the way for Artificial Intelligence (AI).  The tendency is for these algorithms to learn from data and tags so that the condition of an asset can be automatically diagnosed later, together with an evaluation of the quality of a product or the demand for the use of an asset.

Effects of digitization on asset management

First, let's look at the impact from the user’s perspective. If we look at the image of cyber-physical spaces, we will see two axes: an axis of vertical integration and a horizontal one. Both have their own meanings.

Vertical integration involves the interconnection of cyber-physical spaces at all levels of the organization: from the sensors connected in an asset to the processes of management decision making. Cyber-physical spaces only make sense if their architecture allows this hierarchical functionality. This implies that asset management starts from the status of the assets converted into data, and that will have a direct impact on the decision-making of the industry, company or organization.

Horizontal integration involves the interconnection of cyber-physical spaces at the same hierarchical level. Thus, asset performance indexes can be compared between different production lines, departments or zones. However, this is no longer confined to equivalents within an organization or company. Now the cyber-physical spaces can also interconnect with those from different companies.

This horizontal integration between the cyber-physical spaces of different companies is one of the greatest impacts in the management of assets since plants can be compared despite belonging to different companies. This inevitably leads to the "anonymization" of data.

I remember when I was working with General Electric as a client in monitoring projects for their cogeneration plants, I could see the value they obtained by comparing the performance of different plants with similar structure and configuration. This comparison was exclusively for large corporations that owned several similar plants on their property. Now, with the digitalization and the possibility of interconnecting data anonymously, the comparison between plants ceases to be an exclusive functionality of these corporations. And that is precisely why we are talking about another industrial revolution!

Another important characteristic is transparency. This, more than a consequence, is really a requirement. Every digitization process implies a process of transparency in the management of assets. This is often a sensitive issue in many organizations as it is directly linked to their business culture. In companies with a hierarchical internal culture and one where staff feel constantly threatened, data and information are often used as a hidden letter to internally negotiate responsibilities and decision-making. Digitization can only create value in companies whose internal culture promotes transparency in the operations.

A maintenance manager once told me in the preparation of a case study that in the past the maintenance department staff interacted only with production and eventually with purchases. From the gradual process of digitization, he could see how little by little the maintenance department had to integrate IT (computing), R & D, quality control. This enabled better control as different departments began to exchange indicators and rotate personnel for specific operations, thus making possible an authentic transfer of knowledge driven by the sharing of data.

At the technical level, digitalization processes will make reliability a relevant feature in asset management.

The dilemma of the asset manager

Let’s say we want to monitor an industrial pump using vibration sensors and permanently installed temperature probes. We take that data to an OPC server where we have the option of receiving the pump operation data: pressure and flow. All this data synchronized over time is used in MS Azure to make a series of correlations in multiple dimensions, that is, by contrasting different variables using different correlation methods. This is a Machine Learning process.

There are two types of Machine Learning algorithm: non-supervised and supervised. The non-supervised ones are based on normality curves, that is, the normal behavior of the asset is obtained empirically. In general, this requires a lot of data and research and the level of certainty of the diagnoses is very low.

Supervised algorithms, on the other hand, require tags or labels. These labels, for our example, could be the status of the asset and, in the case of a fault detected, the fault or cause of the fault. Providing the algorithm with several labels has the advantage of ensuring that learning is faster and the level of certainty of the diagnoses automatically generated is higher.

At the beginning, the labels must be entered by the asset manager and this is where the dilemma comes in: will the asset managers feed the monster that will later eat them? That is, can artificial intelligence replace maintenance managers once they are able to automatically detect the condition of assets and generate work orders to improve the reliability of assets?

In fact, this dilemma applies not only to Machine Learning but also to all other 4.0 technologies whose implementation requires the intervention of asset managers. Each person can reflect on the implications for them, but in my opinion, the impact of digitization in the management of assets with respect to personnel is that job functions will have to evolve a lot further. For the time being, it is premature to describe the new functions that asset managers will have, but it is evident that they will be much more sophisticated than the current ones and the need for a paradigm shift is without question.

Power-MI is a cloud based solution that allows you to write, organize and share predictive maintenance reports for industrial machinery in a very easy way.